- September 12, 2010
A typical Windows 7 install requires at least 16GB of free storage space, thus making it pretty much impossible to install on netbooks with Garfunkel storage. However, by using Virtual PC, Acronis true image and Vista PE, you can install Windows 7 OS on a device with as-low-as 2GB SSD. After installation, you will be left with mere 186MB of free space which may not enough for installing your apps.

That said, it should be fun installing Windows 7 on a Celeron netbook released 2 years ago that came with with 512MB RAM and 2GB flash.

Step 1: Vlite your windows 7 install, you need to make it as small as possible in order to get it to fit on the 2GB hdd, (and even then its too big. More details later about this.) Alternatively use a shrunken version of 7 with your own product key.

There are lots of guides on how to Vlite your Windows 7 install so I will not cover them here. Normally the Windows 7 installation process requires much more than 2GB hard disk space available, making installing windows 7 on the 2g Surf impossible, so you have to do some crazy stuff with virtual machines in the next step in order to make it work.

Step 2: Install Windows Virtual PC on an already working windows computer, take the iso you created in step 1 and install it to a Virtual PC with 512mb of ram and plenty of virtual hdd space.

Step 3: Once you have the Windows 7 Virtual PC running, make sure that you have less than 2GB of space used. You need to disable your page file in order to shed the space, then reboot, you should hopefully be using less than 2GB of disk space now.

Step 4: Now you need to have a copy of Acronis True Image, and make an image of your Virtual Windows 7 install from within the virtual environment. I created a secondary virtual hdd so I could backup the OS virtual disk to the secondary virtual disk, then boot back into windows and copy the TIB file (true image backup) over the network to restore onto my eeepc.

Step 5: Now you need to use Acronis True Image to restore this image to your 2G Surf. Restore the true image backup to your eeepc.

Step 6: Now your eeepc has windows 7 restored to its 2GB ssd, but it will not boot.... it gives the error Status: 0xc000000f winload.exe error. How to fix this? Check the next step.

Step 7: Grabbed a Windows Vista installation media (you can use the Windows 7 dvd as well) and booted into the install on my eeepc, and chose "Repair this computer" or something like that, then it will scan your drives find the installation that you restored and tell you that the startup is broken and that it can fix it. Go ahead and let it do its magic and reboot.

Step 8: Windows 7 is actually booting on this tiny computer! Let it load all the drivers it needs and reboot it again, you may need to do this several times, but you now have a fully functional eeepc 2g Surf running Windows 7! 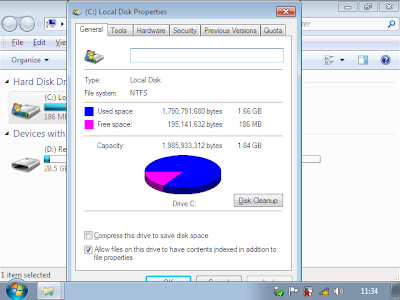 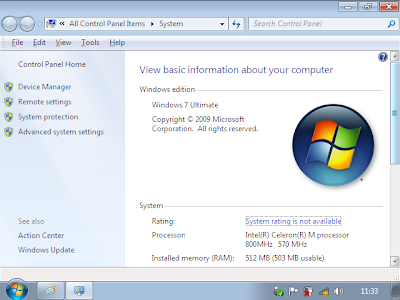 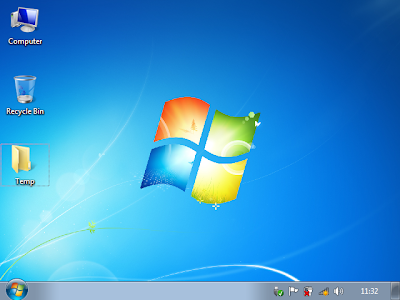 This is great, will you be kind enough to share the Window7 image you used here. :)