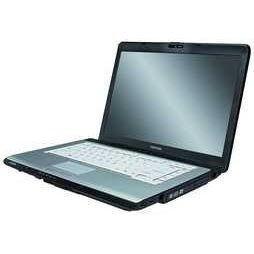 I easily installed majority of the components except for the wireless network device or wifi and the built-in webcam. So I'm uploading these drivers for those people who have a hard time finding those mentioned drivers.

Here are the other components of Toshiba Satellite A215-S5822 in case you have trouble finding the right drivers for you device:

Anonymous said…
Thank you for this post. I was going nuts trying to find the wireless driver for my wife's Satellite, after switching it to XP. After an hour of searching, I came across your blog, and sure enough, it worked!
January 9, 2011 at 2:04 AM

Computer Shuts Down when you Open up CMD (Command Prompt)

- February 11, 2008
Computer Shuts Down when you Open up CMD (Command Prompt) This is the symptom of a computer having bar311.exe virus A.K.A. winzip123. The virus comprises bar311.exe , password_viewer.exe , photos.zip.exe and pc-off.bat . When you boot your Windows XP in Safe Mode the message appears: Thank You!!! Password:Winzip123 The pc-off.bat contains the syntax like this"C:/path/shutdown -s -f -t 2 -c" which automatically shutdown your computer when you run the cmd.exe. Manual removal is outlined below. Download bar311.exe - winzip123.exe Automatic Remover here . Manual removal: 1. upon start up.... after os loading... go to task manager by pressing CTRL+ALT+DEL then kill password_viewer.exe or bar311.exe or photos.zip.exe... 2. EDIT the following registry entries thru regedit at start/run [HKEY_LOCAL_MACHINE\SOFTWARE\Microsoft\Windows NT\CurrentVersion\Winlogon] "Userinit"="userinit.exe,bar311.exe" ---> remove ", bar311.exe" only... leave user
Read more